Autistics Are at Greater Risk of Trauma 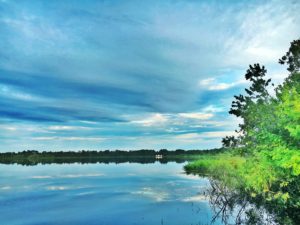 [image description: a photo of Wolf Lake in Sebring, Florida, taken by Sparrow Rose Jones. It has nothing to do with either autism or trauma, but it’s pretty and the author enjoys including an image with their writing.]

I am at the 2016 Association for Autistic Community (AAC) conference. During Kit Mead’s excellent presentation, Autism, Awareness Campaigns, and the Mental Health System (slides), several people mentioned the need for research supporting the idea that Autistics might be more easily traumatized. I mentioned that there has been a small amount of research in that area and others were eager to know more. Since multiple people wanted that information, I decided to make a brief annotated bibliography in a blog post to more easily share it with as many people as would like to see.

As you might imagine, the bulk of the available research (and there isn’t a lot of it yet — I definitely agree that we need more research into multiple aspects of autism and trauma) focuses on the role of the amygdala in stress and trauma imprinting. There are two main aspects of showing an autistic predisposition for trauma: showing the role of the amygdala in sustaining trauma, and showing the ways that the autistic amygdala is different in structure and/or function, thus exacerbating that brain structure’s role in trauma. Some of the following research is of one type or the other, much addresses both halves of the equation.

Some assessments of the amygdala role in suprahypothalamic neuroendocrine regulation: a minireview

This article has little to do with autism specifically. I am including it in this annotated bibliography because it does a good job of explaining the role of the amygdala for those who don’t have a neuroscience background and thus may not instantly know why the amygdala is important in considering the autistic risk for trauma. As the abstract says, “The amygdala plays a key role in what has been called the “general-purpose defense response control network” and reacts in response to unpleasant sights, sensations, or smells. Anger, avoidance, and defensiveness are emotions activated largely by the amygdala.”

The Basolateral Amygdala c-Aminobutyric Acidergic System in Health and Disease

This research review article from 2016 is the main “smoking gun” I was referring to when I mentioned that there has been some research already that has found a higher risk of trauma among Autistics.

“This Review discusses the anatomy, development, and physiology of the GABAergic system in the BLA and circuits that modulate GABAergic inhibition, including the dopaminergic, serotonergic, noradrenergic, and cholinergic systems.” That’s a lot for those of us who are not biochemists, but I’m going to try to boil it down a little bit. The article says that Autistics, along with a few other categories of neurodivergents (Alzheimer’s, TBI, epilepsy) have hyperexcitability in our amygdala. That means the neurons in our amygdalas are firing much more often than neurons in the amygdalas of the general population and that this increased amygdala function leads to anxiety and “the development of neurological and/or neuropsychiatric diseases.”

In Autistics, GABA metabolism is reduced and certain GABA receptors are delayed in their maturation. The authors point out that a reduction in GABA-mediated synaptic inhibition (a reduction in ‘fewer neurons firing because GABA “calms them down”‘) is linked to an increase in anxiety. The hyperactivity of the amygdala not only increases anxiety but greatly increases the risk of developing PTSD. The review goes on to say that benzodiazepines (which are commonly given to people experiencing anxiety and/or PTSD) may not be effective in Autistics because their mode of action relies on the same GABA receptors that take longer to develop in Autistic people than in the general population.

The authors are careful to point out that they are not arguing that hyperactivity in the amygdala results in PTSD but simply to point out the role of GABA in PTSD and the action (or lower action, as it were) of GABA in the autistic brain creates an environment more likely to result in PTSD and other anxiety disorders. They suggest the need for research into deeper understanding of the role of GABA and the possibility of developing therapies that increase the growth of interneurons that could reduce the excitation of neurons in the amygdala.

The Result of Traumatizing Events on a Child With Autism

Although the 2016 GABA review is new, knowledge of the role of the amygdala in autistic trauma has been around for a while. This is a 2008 statement by Dr. David Larson Holmes who, unfortunately, does not include citations when he writes, “Recent studies have confirmed that children with autism have very active Amygdalas; the center of the brain that stores traumatic events. This center is directly connected to the brain stem [reticular formation] which is the area of the brain stimulated during potentially threatening conditions and places the child in a ‘fight or flight’ condition. […] Upon further analysis of the brain activity of children with autism it has been found that the Hippocampus, the center of the brain which stores pleasant experiences, is actually much less active than the children’s Amygdalas. This has resulted in a supposition that children with autism are affected more from traumatizing events than pleasant events and that the traumatizing events have greater robustness; thereby maintaining a greater degree of panic and fear in the child than what would be found in typically developing children.”

Amygdala and Hippocampus Enlargement During Adolescence in Autism

Strictly speaking, this 2010 study doesn’t indicate anything about increased risk of trauma. I’m including it because it’s an example of a structural difference in the amygdala between Autistics and the general population. The authors are unsure whether the increase in the size of brain structures causes emotional differences or whether the “increased emotional learning” Autistics go through when compared to the general population is the cause of the structural changes.

This article is not about autism or Autistics, although the lead researcher, Vinod Menon, has conducted other research that does focus on Autistics. This 2013 paper ties in with the uncited claims above of Dr. Holmes, as well as the 2010 study directly above about amygdala size increases in Autistics during adolescence (an emotionally difficult time for nearly anyone of any neurological profile.)

The study found that the larger the amygdala, and the more connectivity between the amygdala and other neurological structures, the higher the anxiety rate in children and the greater the risk of anxiety disorders developing later. In addition to the human study upon which this article was based, “Studies of laboratory animals placed in an environment causing chronic stress have determined that the animals’ amygdalae grew additional synapses and that synaptic connectivity increased in response to the resulting persistent anxiety.” This suggests that what the authors of the 2010 study were calling “increased emotional learning” in adolescence was actually a burden of chronic stress and anxiety, causing the amygdala to grow larger than non-autistic controls.

All of this information is pieced together and none of it is so clear cut as the 2016 GABA minireview, but taken together, they paint a strong portrait of the greater trauma risk Autistics face and the great need for further research into the nature and causes of trauma in Autistics.