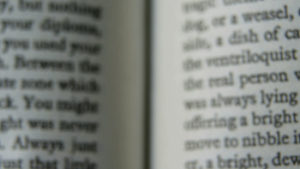 I’m combining Section E and Severity levels in one post because I don’t have a lot to say about Section E:

Something I noticed when I watched Sean Penn’s performance in the movie I Am Sam was how much an intellectual disability can resemble autism. I figured, “well, it’s just a movie. Not all of Hoffman’s models for Rain Man were Autistic so maybe Penn modeled after some Autistic people when preparing for the role,” But a little bit of research revealed that there is a bit of “observational cross-over” in real life.

So one thing Section E is saying is to watch for that cross-over and be prepared to have to decide if the developmental delay is expected or unusual. (Intellectual Disability and Autism are so closely related that they appear in the same section of the DSM and they do often walk hand in hand. This brings up a lot of thoughts about the way autism is portrayed, but I’ll save those for another time because they’re a little more off-topic than I prefer to get in a blog essay, rambling though I tend to be.)

On to Severity Levels.

The severity specifiers (see Table 2) may be used to describe succinctly the current symptomatology (which might fall below level 1), with the recognition that the severity may vary by context and fluctuate over time. Severity of social communication difficulties and restricted, repetitive behaviors should be separately rated. The descriptive severity categories should not be used to determine eligibility for and provision of services; these can only be developed at an individual level and through discussion of personal priorities and targets.

Look at that!! Did you see what they did there? “severity may vary by context and fluctuate over time.”

This is terrific! They are acknowledging (they acknowledge this multiple times and in different ways throughout the overall DSM-5 entry) that severity level is not a static thing! Hurrah!

There is a conversation currently going on in the comments sections of these entries that is talking about this issue. Check it out. A woman in her mid-thirties is having problems right now and is seeking help and concerned that her potential autism diagnosis will be rejected because she was functioning at a higher level when she was a child and being very supported by the adults in her life. Now that she is going it on her own, she finds herself floundering. That is a change in context (and time) that has affected her severity level.

And did you notice that bit about how the symptomatology might fall below level 1? While clinically significant impairment is required for an autism diagnosis, it is recognized that an Autistic person might not always be impaired enough to require supports. Falling below level 1 means sometimes not needing supports at all. It is recognized that someone might be severity level 2 in some things, severity level 1 in others, and not needing supports at all in yet another set of life skills.

This is one of the reasons so many Autistics shy away from “function labels.” For example, I would be called a high-functioning autistic (in fact, I’ve seen that exact phrase in some of my medical records) but my functioning is fluid and there are times when I am not high-functioning at all. Calling me high-functioning sets up expectations that might block me from meeting some of my needs, for example my need for alternate forms of communication when I am in the hospital and my ability to speak has dropped out due to stress and illness.

But I don’t mind as much being described as “currently functioning at severity level 1” because there is the implication that I might not always function at that level. It communicates something (but not everything) about my current needs but does not cement me in that one place where it is never recognized that I sometimes have other needs.

And on top of that, the DSM-5 recognizes that severity level is just a rough outline that doesn’t tell you very much about an individual and so they remind professionals who are reading the entry that they cannot use severity level to determine services! That is also huge! Yes, it costs more and takes more time to approach services on a case-by-case, individualized basis but that’s the thing about autism: every one of us is so different from every other one of us that there really is no other way to ensure appropriate services are provided. We have to be personally fit into the programs and services we need!

So, I am really happy about that. I will leave you with the actual table of severity levels. They come in two flavors: social communication, and restricted repetitive behaviors. That’s also nice: it’s recognized that someone can be at different severity levels in those two things simultaneously. DSM-5 really does represent an improvement in how we, as a society, as talking about autism.

I don’t know that I’m going to specifically discuss what’s in the severity table unless others make thought-provoking comments that really make me want to dive in there. It’s mostly an attempt to quantify the factors that were already discussed in Sections A and B. So with Table 2, I bid you adieu for the day and will be back tomorrow with more discussion of the DSM-5.

Social Communication: Severe deficits in verbal and nonverbal social communication skills cause severe impairments in functioning, very limited initiation of social interactions, and minimal response to social overtures from others. For example, a person with few words of intelligible speech who rarely initiates interaction and,  when he or she does, makes unusual approaches to meet needs only and responds to only very direct social approaches.

Social Communication: Marked deficits in verbal and nonverbal social communication skills; social impairments apparent even with supports in place; limited initiation of social interactions; and reduced or abnormal responses to social overtures from others. For example, a person who speaks simple sentences, whose interaction is limited to narrow special interests, and who has markedly odd nonverbal communication.

Restricted, Repetitive Behaviors: Inflexibility of behavior, difficulty coping with change, or other restricted/repetitive behaviors appear frequently enough to be obvious to the casual observer and interfere with functioning in a variety of contexts. Distress and/or difficulty changing focus or action.

Social Communication: Without supports in place, deficits in social communication cause noticeable impairments. Difficulty initiating social interactions, and clear examples of atypical or unsuccessful responses to social overtures of others. May appear to have decreased interest in social interactions. For example, a person who is able to speak in full sentences and engages in communication but whose to-and-fro conversation with others fails, and whose attempts to make friends are odd and typically unsuccessful.