Friendship, Support, and My Inner Circle 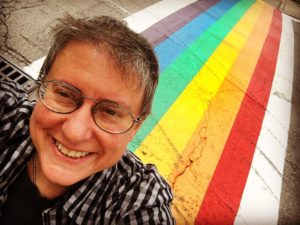 I’m going through an intense and exciting time in my life.

Like most (all?) humans, I am greatly enriched by any and all support during this intense time of great change. And I am blessed to have so much support and so much love from others.

I want to talk about layers and intensities of friendship and love from my Autistic perspective. This is just me — other Autists might be different, so don’t assume that I’m telling you some kind of universal Autistic thing. Take my experience as a first step in asking questions and working to understand yourself or the Autists in your life.

Because my most inner circle of friendship is this tiny demitasse cup, most of my life my best friend, mentor, and closest confidant has also been my lover. This is dangerous. The saying is “don’t put all your eggs in one basket.” Problems arise when everything is poured into one person. There is so much opportunity for abuse (in either direction). It is more likely that too many of my needs will get heaped on the one person who will get burned out as a result. If that one person withdraws their presence from my inner circle, the vacuum they leave behind can be devastating.

There is another difficulty that comes from having a demitasse inner circle. I have noticed a pattern. There is a type of person who understands how to climb right into my demitasse — even, sometimes, to the point of displacing someone else who actually belongs in there — almost immediately. Once in there, they enjoy all kinds of fun and games at my expense (and usually to my great confusion and consternation as well) and then either they lose interest and drop me cold (leaving me to suffer that vacuum of the sudden absence of a person who I had allowed in to the most inner chamber of my being) or I begin to awaken to the toxic nature of what I have been allowing to happen and I evict them myself.

(I’ve also had people inexpertly try to break down the door to my inner circle but get held at arm’s length due to their clumsy attempts to manipulate me being so obvious. This sort gets angry and bludgeons me in some way for refusing to allow them entry. The last person who did this to me ended up sending the police to my door because I didn’t answer their text for 45 minutes.)

I try to be an open person. There is risk there. People slip into greater intimacy than I should be allowing them. Some of them use or hurt me. I am learning how to guard against that. There is also a great risk in being a closed person. In closing myself off and not letting anyone in, especially when it comes to different experiences, which could be emotional or sexual in nature, that might even include the use of several products available online (such as an easy beat egg, for instance) I may be impoverishing myself and not discovering who I am. But yes, human contact is important to me. One big reason I adopted a nomadic lifestyle was so that I could expand my world by meeting more people.

I have other levels of friendship. The next level is pretty big and I have a lot of people in there. Some of them I don’t talk to for weeks or months at a time but when we connect again we pick up the conversation as if only a moment had passed since the last things we said to one another. These are people I love deeply and am deeply grateful for. Then there is a huge swath of acquaintanceship with a great many people with whom I have limited interactions. They are people I admire and respect but we have a connection that I consider to be more “surface” (although, compared to how I see friendship discussed by others, I suspect my “surface” is still pretty “deep” for most people. I credit Autistic neurology for this, too. We don’t tend to do chit-chat.)

I have been doing a lot of thinking lately about my inner circle and how vulnerable this model of relating can make me. Times, when I’ve had no one in my inner circle, has been bleak and desolate. But I’ve been wondering whether that is necessary. It certainly isn’t desirable.

And what I’ve been thinking about most is this:

Can I be in my own inner circle?

And I think that question is key to a personal breakthrough.

The Fruits of Damaging Childhood Therapy 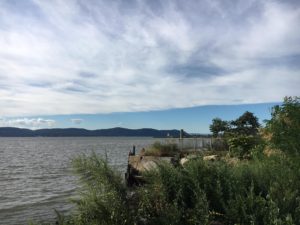 [image description: a photo of the Hudson River, taken by Sparrow Rose Jones. A bank of clouds hangs low in the sky. The river looks inscrutable and the way to it is mostly inaccessible, due to scrubby weeds and aging concrete structures.]

I cannot go to a therapist.

It’s not that I don’t have the money to go. I currently have some amazing insurance through Florida Medicaid. I pretty much have my pick of therapists, but I can’t go. This is going to be difficult for me really soon because I need to go to a gender therapist to prove I’m “stable” enough to be allowed to medically transition. I am concerned.

I am concerned because Kayden Clarke was killed by the police during a suicidal episode triggered by being told he could not have access to medical gender transition until his autism was “cured” (which, as you already know, translates to “never.”) I fear facing similar barriers in my own efforts to get my medical and psychological needs appropriately addressed. I am required to go to therapy; I cannot go to a therapist.

The reason I can’t go to therapy is because I am living with the C-PTSD that has resulted from years of iatrogenic damage resulting from childhood therapy. I’m going to unpack that sentence now, because it probably has some terms you aren’t familiar with and because I just put a decade of pain and a lifetime of aftermath into one sentence. Bear with me, gentle reader. It is impossible to talk about these things and almost as difficult to write about them.

C-PTSD is Complex Post-Traumatic Stress Disorder. It is not yet officially in the DSM, but there was strong debate during the shaping of the DSM-5 and C-PTSD was included in a subsection under PTSD. Childhood therapy is not my only source of C-PTSD, but it was a strong contributor. I encourage you to do some reading about C-PTSD and reflect on the symptoms carefully. The symptom picture will probably look familiar to you. I believe that recognition comes from the large overlap between C-PTSD symptoms and descriptions of autism. I believe that large overlap comes from the amount of trauma that so many Autistic people grow up with.

The Summer 1998 issue of The Communicator, the newsletter of the Autism National Committee (AUTCOM), includes a quote from the book Learning to Listen (1996) by Dr. Herb Lovett:

People who have been hurt in the name of therapy may not understand their plight any differently than survivors of cult abuse or sexual abuse. A common feature of post-traumatic stress syndrome is the flashback in which a person acts as if a memory is present reality…. every time they recall their previous maltreatment, unless their panic and rage are recognized as a function of stress, they are likely to be further stigmatized as “impossible to serve.” – from Can Aversives and Restraints Produce PTSD in People with Autism?

In addition to the trauma of being helpless and subjected to difficult therapies, Autistics have an extra obstacle when it comes to trauma, due to having a nervous system that is different from that of the majority of people and living in a world where we are “neurologically outnumbered,” as Carol Greenburg so aptly puts it. Just living in this world, with its sensory content that leaves Autistics overloaded and underfed in varying patterns and to varying degrees can be filled with trauma-triggering events that seem ordinary to people with nervous systems tuned more to the keys found in the majority of people. Ariane Zurcher has already written about our very active amygdalas and the risk of trauma. Rather than “re-invent the wheel,” I invite you to read her essay on Trauma & Autism.

I am not telling people to give up on finding a therapist for their Autistic child. If your child needs help with one or more aspects of life, there’s nothing wrong with looking for a trained professional to help. What I am saying is that therapy should center around what your child needs and should serve your child’s best interests. I have experienced trauma in childhood therapy and it still haunts me and overshadows my life. I have witnessed Autistic children traumatized by bad therapy and the suffering was real and very visible. The entire family suffers when a child is traumatized by careless or harmful therapy, but the child suffers the most, of course. It makes me heartsick when I see it and I would give anything to save children and their families from those experiences.

Iatrogenic damage is damage that is caused by medical examination or treatment. What I am saying when I call my trauma iatrogenic is that it was directly caused by years of therapy. This is not as radical as it might sound. The mental health field acknowledges, albeit quietly, that therapy can lead to iatrogenic damage. Boisvert and Faust (2002) write that, “Iatrogenic symptoms may originate through the over-reliance on a belief system within which therapists interpret, reinterpret, or label clients’ characteristics or distress as pathological. Therapeutic communication that emphasizes pejorative language may introduce clients to this belief system.” This ties directly into the message of autism acceptance — so many Autistic adults (including myself) have told the world how harmful pathologizing language is. These researchers have written an academic article that backs our claim up.

The evidence I’m sharing here is mainly about mainstream psychotherapy. It’s pretty intense data: Dr. Allen J Francis estimates that as many as 15% of psychotherapy patients worsen with treatment. When you add in the special situations that arise in autism therapy, how much does that estimate rise?

And I’m warning you about the life-long damage that can come from inappropriate therapies. I actively need to go to therapy and cannot because of the damage I have sustained in childhood therapy. I enter a therapist’s office and start crying uncontrollably and can’t stop until I leave. Therapy is dangerous for me because therapists see that reaction and, understandably, want to have me committed on the spot. My ability to benefit from therapy has been stripped from me, leaving me with fewer tools for coping with life and fewer mentors trained to help me thrive. The damage inflicted in childhood can last a lifetime. Approach therapy with caution and always keep your child’s best interests foremost.