Content note: the R-word, bullying, threats of outing a disabled person’s identity at their work/school

Four years ago, Ann Coulter called President Obama the R-word. That was a significant event for me because it made me angry enough to change from anonymously blogging to writing openly under my name, thanks to a movement, led by blogger Jill Smo, for all of us developmentally disabled people to show our faces and let Ann Coulter know who she was hurting.

By choosing to use the R-word as an insult, thus using our disability as a bludgeon with which to beat others, Coulter showed a crass disregard for others, especially more vulnerable members of society. Coulter believes it only hurts the person she aims the R-word at, but she is wrong. It hurts all of us because hurtful words chip away at the foundation of civility and disregard for the humanity of disabled people destroys the humanity of the offender most of all.

This week, Coulter did it again, using the R-word when she tried to defend presidential candidate Donald Trump for mocking a disabled journalist. Clearly, Coulter is not reachable or teachable. But I want to re-blog my original post from October 23, 2012 anyway because it was a landmark post for me: the moment I stepped out of the shadows and came out publicly as Autistic. I was in graduate school and was being harassed and bullied by a fellow student who was threatening to tell my department about my disability. I decided to make his threats moot by coming out and I’ve never looked back since.

So here’s my post in the original, except for the photograph of me which somehow got lost along the way. I’ve substituted in a more recent picture of me, but all the text remains as it was in the original post. Thanks for reading.

To Ann Coulter: Calling Our President the R-word Was Beyond Inappropriate
originally published by Unstrange Mind on October 23, 2012

Ann Coulter has made a name for herself by being angry, offensive, and over-the-top. She does it so often that most of us just ignore what she says. But I have to speak up about the twitter message she posted after the third presidential debate:

Ann Coulter’s offensive tweet from 2012. It reads: I highly approve of Romney’s decision to be kind and gentle to the retard.

This is wrong on so many levels! A pejorative term based on a medical label for a vulnerable and disenfranchised population is not an appropriate insult. One blogger, jillsmo of the blog Yeah. Good Times., has written a post protesting Coulter’s choice of words. Dear @AnnCoulter: This is who you insult with your words. In this entry, jillsmo asks for all disabled people who have been called “retard” to post a photo to show Ann Coulter the real faces of the people she is insulting when she uses the r-word as a pejorative.

I felt this was a perfect post to re-open my blog with. Some of you may remember the blog I kept here two years ago. I was blogging anonymously at that time and a colleague at my university began making hateful posts here and threatening to out me in my department as autistic. (Not that many people would have been terribly surprised. Despite being deeply in the closet at the time and struggling to pass as neurotypical, I’m “strange” enough that no one was fooled. They may not have figured out my exact diagnostic label, but anyone who got to know me figured out pretty quickly that there was “something up” with me.)

I was so upset by the attack and I feared so much for my position at my university and my future career that I closed down this blog.

Now I’m ready to re-open it and I’m ready to come out of the neurodiversity closet. Now is the time to post my photo and let Ann Coulter see who she hurts when she uses “retard” as an insult. She hurts me, Sparrow Rose Jones, doctoral candidate at Idaho State University: 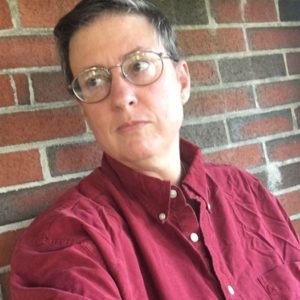 My official diagnosis is Asperger’s Syndrome (soon to be “Autism Spectrum Disorder: Severity Level 1” when the DSM-5 comes out in May of 2013.)

I first recall being called retarded in first grade. I would slip out of my desk and crawl on the floor to the back of the room where I’d hide under the table. If I was caught, I’d begin meowing like a cat. I was reading at a high level but refused to participate in reading lessons. I did not interact normally with the other children and my teacher did everything in her power to have me removed from her classroom (and eventually succeeded.)

I may have been called retarded before that point – I certainly demonstrated severe impairments in pre-school and kindergarten. But Miss Katzman, my first grade teacher, is the first person I know of to have used the term in reference to me.

Through the years, many other people have called me “retarded” or “retard.” A few times I’ve been called “mental,” which I assume either means retarded or mentally ill. I have been at the grocery store and overheard: “see that girl over there? Is she retarded?” I have been asked to my face: “are you retarded or what?” And I had to undergo a battery of tests so my school could decide what to do with me after Miss Katzman declared me to be retarded and unsuited for her classroom.

So, Ann Coulter, this is the face of one of the many people you have insulted and deeply offended with your off-hand remark. I am sensitive, I am vulnerable, and I have a lot to offer the world if I am given the chance to do it and not stymied by the sorts of judgments that tend to come from a society that thinks words like “retard” are appropriate insults.

I stand in solidarity with everyone else who has ever had the term “retard” slung at them for any reason. We are many different sorts of people from many different walks of life with many different talents and traits of value. Every time the r-word is thrown about, all of us are devalued. All of us suffer. And all of society suffers as a reult of what is lost when we are treated like jokes, like garbage, like useless nothings suited only to be used as a comparison when one wants to say nasty things about other people.

I am proud to welcome President Obama into our ranks. No, he is not from the same vulnerable underclass as many of the rest of us who have had the r-word slung in our direction. But he has shown recently that he cares about us and wants to help us live fuller, richer lives. I welcome you, Obama, as an honorary member of our group. You are our ally. Ann Coulter has used our existence to slap you with. You, on the other hand, have listened to our difficulties and created legislation designed to support and accommodate our needs so that we can move into more fulfilling, more productive lives.

I think it is obvious, between Barack Obama and Ann Coulter, which is the one with valuable things to say and do with respect to the more vulnerable members of our society and which is the one working to maintain an oppressive status quo under which vulnerable people are little more than tools to be used for insulting others.

Coulter has done one useful thing, however. She has inspired me to come out of my disability closet. I’m here and I’m willing to be counted. And as long as there is breath in my lungs or muscles twitching in my fingers, I will use my voice and my words to speak out against stigma and injustice.

Autism and The Pursuit of Happiness